The Ultimate Homebrew (and Swiss) Guide for n00bs

The purpose of Hombrew, simply put, is to get your Gamecube to run stuff that Nintendo didn't intend it to run.

This guide is intended for people who know how to use a computer, but who don't know the first thing about GameCube mods.

Particularly, it's for people who have come across posts like "Please Explain Like I'm Five: How do I get Game Boy Interface to run on my Gamecube??", read the answers, and thought "okay... well maybe explain it to me like I'm three then...".

This will answer your questions, though I can't guarantee you'll like the answers.

You can't download or burn it. You're going to have to buy or borrow at least one of these:

Some other things you'll want/need:

Covered in this tutorial: 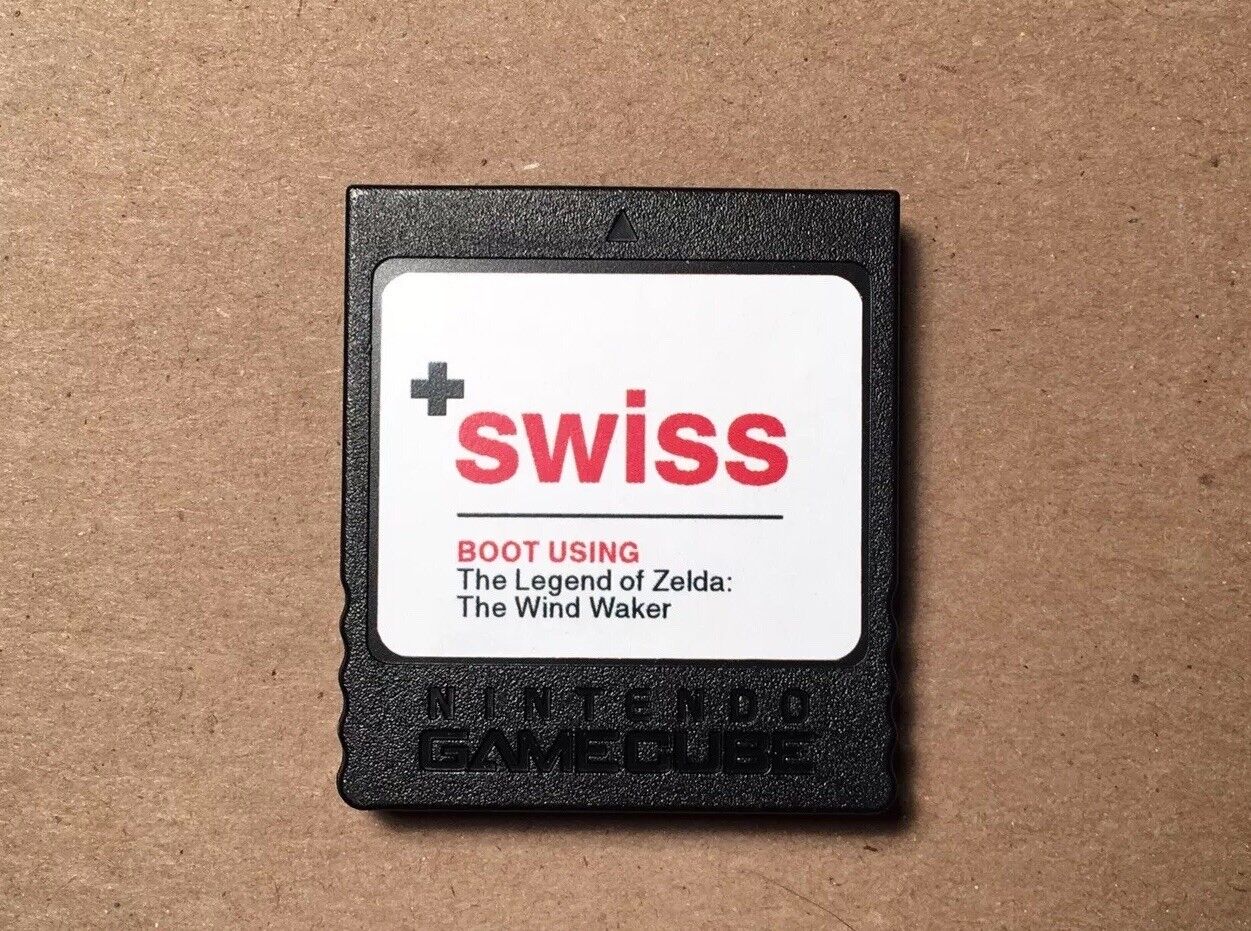 Not covered in this tutorial: 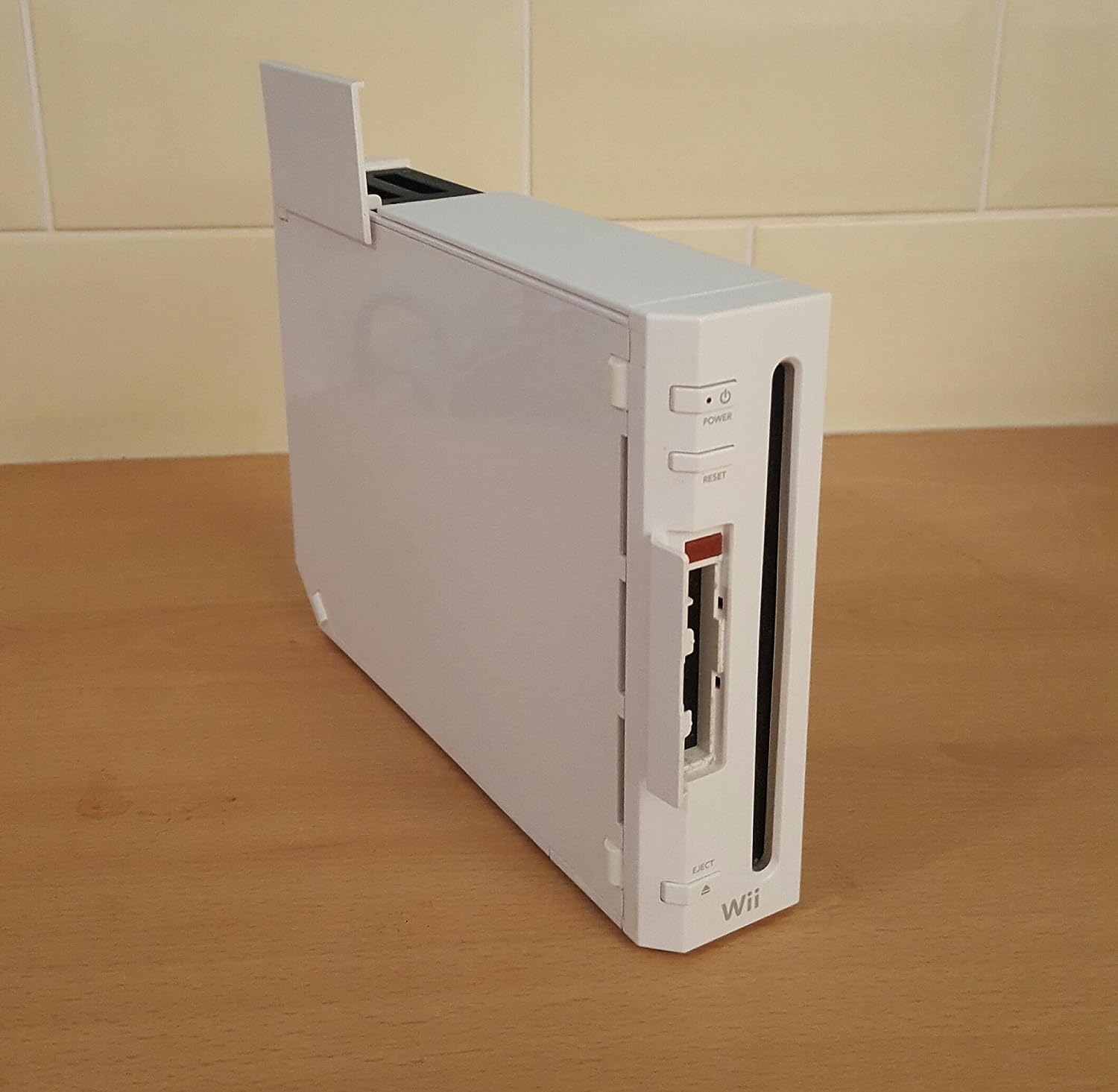 I created a script to automate the process of creating a proper SD card on macOS:

Preface: It all started with Link's Awakening

At the beginning of this year (before the announcement) I decided that I wanted to show off Link's Awakening to my wife on the TV, using the GameBoy Player. I bought that, but then it wasn't until about a month ago that I finally visited my parents and dug my Gamecube out of the garage.

Then I just kept going further and further down the rabbit hole...

The First Rule of Homebrew

The first thing that you've got to understand about "Homebrew" is that there's no such thing as Homebrew. 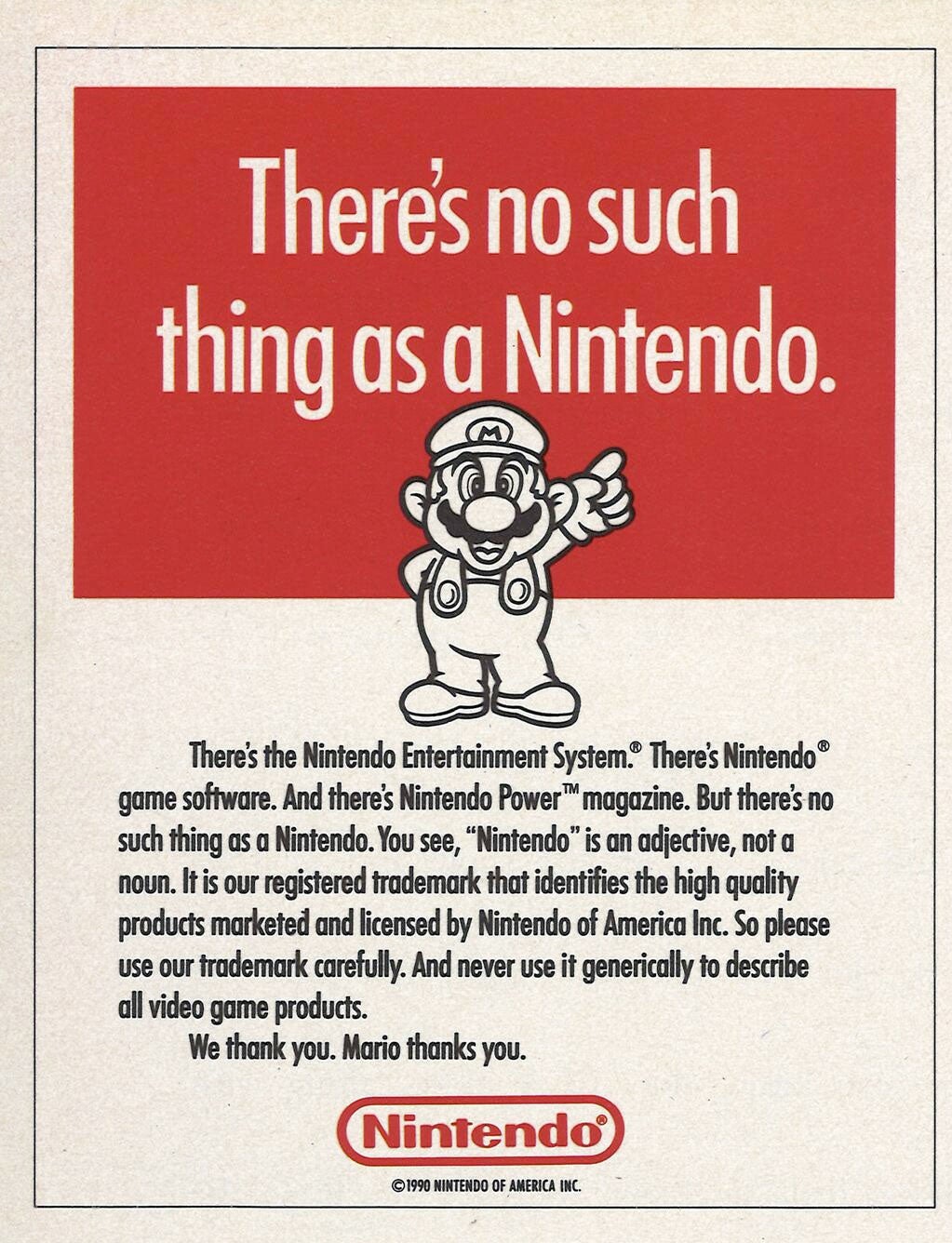 "Homebrew" is an idea, a belief, a concept.

When people say Homebrew, what they mean is anything that isn't authentic software officially licensed by Nintendo.

The entire list of... pretty much all Gamecube homebrew apps is only about 25 items long.

The Second Rule of Homebrew 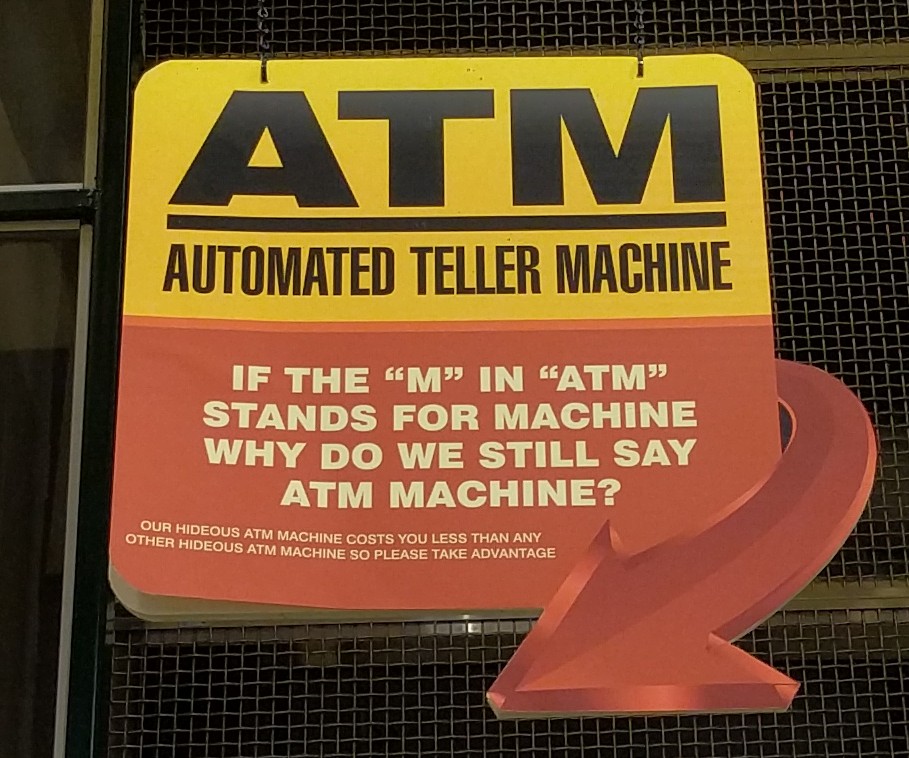 There are also some other 3-letter abbreviations you should know:

I pick on people saying "NGC" because... I don't understand why they sometimes say "GC" and othertimes say "NGC". "NGC" seems overly specific.

It may be that "GC" is more generic to any "Dolphin" device, emulator, or virtual console, whereas "NGC" may refer specifically to the DOL-001 and DOL-101 (original Gamecube hardware), as opposed to the Panasonic Q or the "GCNext" (a.k.a. "Revolution"), which was also a "Dolphin" platform, and also embedded Gamecube hardware.

When you don't have a disc in your Gamecube it launches the authentic BIOS, which has the date and time, a memory card manager, and can launch games. 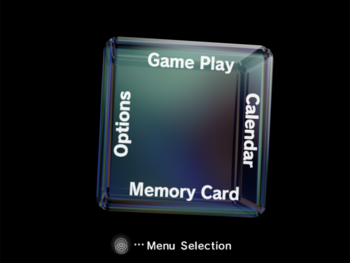 The homebrew launchers are in the category of "BIOS-like thing". 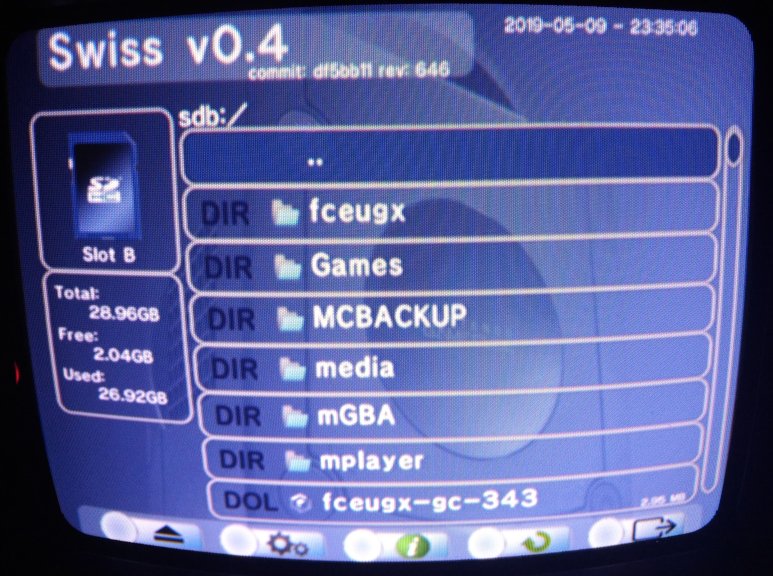 There are really only three important launchers:

I'll go into each in detail, but I also want to mention the irrelevant ones that you shouldn't waste your time on:

If you had been modding your GC for a long time and doing all the early hackery, then those things may have been relevant for you back in the day. They're not relevant now.

The Third Rule of Homebrew 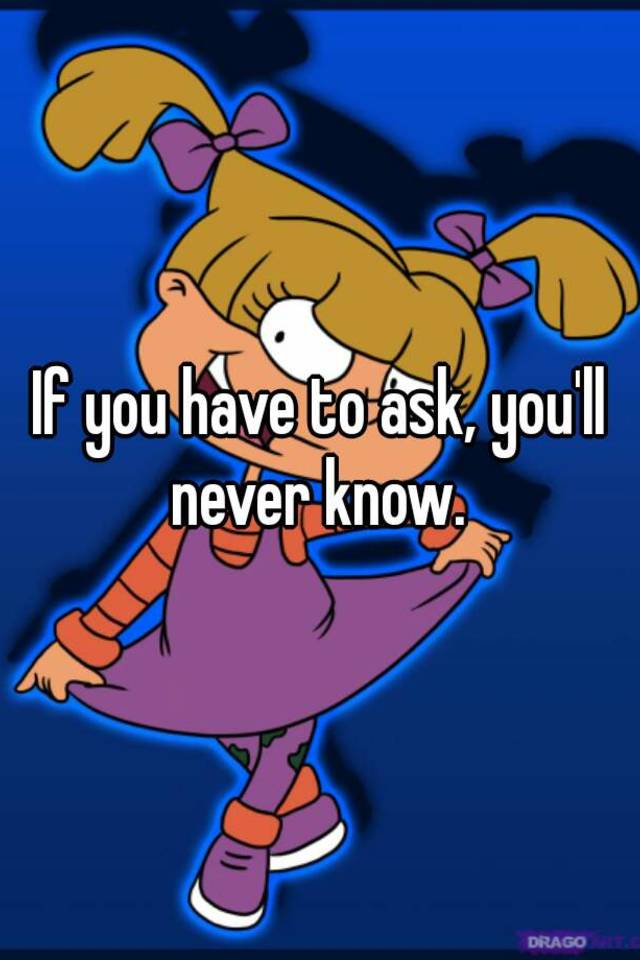 I literally spent hours in this very confusing circular loop of questioning:

But don't despair yet...

So how do I get homebrew? (softmod)

Unfortunately, you can't download it. You have to buy some stuff.

Well, in theory, you can use any of these methods:

But, in reality, you're going to at least one of:

No matter which you purchase above, you're going to want to end up with all of these as well:

Important: Everybody lies, so choose Memory Cards wisely. You need a 251-Block card, which would be 2MB, HOWEVER, they're actually sold as 16Mb (2 megabytes == 16 megabits), and they're almost always MISLABLED as 16MB. So... look at the block size, not the bit/byte size.

The SD Launcher is older software and can't work with cards that are >= 4GB.

Note: I have been able to use an 8Mb (1 Megabyte, 123-block) card with newer versions of Swiss that compress the boot.gci.

How to make a homebrew launcher... from your launcher

I've got a fever that can only be cured with more homebrew!

No matter which launcher you choose above, the first thing you're going to want to do is still going to be to create a Hacked Swiss Memory Card.

What you'll need for this:

The steps are relatively simple:

Note: Loading may take a solid 60+ seconds. If it seems like things just froze and aren't loading, don't give up hope until you hit the 2 minute mark. This is true for many homebrew operations.

Congrats! You're now running home brew. The world is your oyster!

Also, at this point you're ready to create your backup homebrew card (and play games)

If you're lucky you can exit back to the boot launcher. If it seems to be frozen, you can either wait up to a solid 2 minutes to see if it loads, just just go ahead and restart right away.

The next time around you'll select your game or software instead of GCMM.

If you consider yourself a technotard and you're more handy with a screw driver than a command prompt (and you're not afraid of the physical world), you may very find that it's way easier and far less complicated to just open up the darn thing to get the job done.

The best DVD-Rs are hard to identity because DVD-R brand names sometimes obscure the manufacturer, and the models change all the time. What you're looking for is something with the really dark dye (dark dark purple).

In the past, Verbatim and Ritek (especially G04 and G05) were the most reliable brands for the best dvd backup burning.

However, these days they're expensive, you may not use them for much else, and you won't even know if the ones you buy work until you've already bought them.

If you 'pot tweak' (adjust) your laser's trimpot (hand-adjustable potentiometer), you can cheap-o read burned discs, but you may also shorten the life of your laser.

However, if you just used a burned disc to boot Swiss, and have the Swiss setting for turning the disc back off on boot saved to any SD cards you use, and just run all your games from the backups on SD, you'll definetly increase the life of your laser.

You'll want to read through this:

I'd recommend watching a video on how to do this. It's easy to do, but difficult to explain, and definitely needs pictures.

Taking out screws is dead easy.

Soldering isn't hard, but it's good to learn from an expert, which most of the early-20s YouTubers showing hard mods are not.

You can totally fumble around and get the job done, but watch some videos by Louis Rossmann (be warned: he has a super foul NYC mouth), EEVBlog (David L Jones), GreatScott!, and Ben "Heck" (element14), specifically on 'surface mount' soldering, and you'll level up real fast.

(I'll also recommend one of my own: SolderJS #131 - SMD success with THE WORST soldering iron)

It's worth noting that your laser has a limited life and by playing backups of your games rather than the originals you actually extend it.